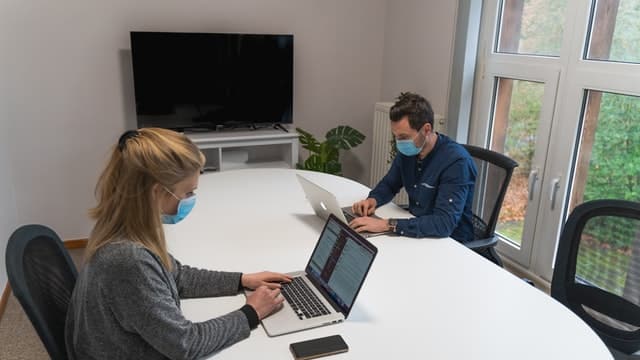 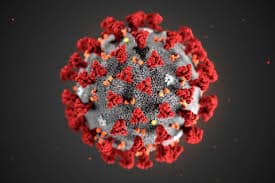 COVID has been a difficult time for most companies and here at Checkback, we’re no exception.
As well as coping with the closing of our offices and move to remote working we have also had some significant shifts in recruitment activity and vetting with our many customers.

In this post, we wanted to give you a bit of an update on the last few hectic months and explore some of the themes that we have been seeing.
Some customers disappeared completely. It won’t come as any surprise to many of you that a lot of our regular background check customers closed down their activity completely.

Typically, they were in the industries that dealt with face to face contact, and our travel customers, in particular, were badly affected.
This report by the Access Group shows that airfares were down 95% during the lockdown and that’s no shock when we think of all the pictures of planes parked up at airports. This meant that recruitment (and of course the background checks) for things like Airside Passes was particularly affected. Many of our security customers were badly affected too with the cancellation of shows, concerts and festivals and this meant that the vetting and identity checks for temporary security staff were reduced dramatically.
When we started to see the slowdown in orders hitting our workbenches it is fair to say that we were more than a little bit concerned!

The main shock was temporary

One of the things that surprised us was that in many cases a complete shutdown was only temporary. In fact, what we found was that when some of our customers had got past the initial shock of lockdown they began to recruit again. Slowly some of our regulars began to open up and part of the hiatus was, we think, caused by the need to get things like home-offices up and running. After all, there’s only so much you can do from the dining room table.

One of the nicest aspects was that many of our ultra-professional HR contacts suddenly became mums and dads again and we had more than a few Zoom chats with kids who were homeschooling!

Gradually our regulars started to come back and the demand for qualifications and identity checks
started to increase again.

In short, April was a massive shock and May started to show the green shoots of recovery.

As May wore on one of the things that we saw was a return of annual customers such as the education sector. As schools, colleges and universities began to recruit and plan for the new academic year it became clear that they needed to put staff in place despite the uncertainty.

So it was pleasing when we found that actually many of our customers were ordering a little more this year and we suspect that some were over-staffing to a degree as they knew that they may have to teach in smaller groups and find new ways of working.

What we then found was that some of our customers got very busy indeed!

As you would expect, across Europe there was a general need for much more medical staff and we found that as people were laid off from airlines and other roles so they obtained work helping to manage the crisis. This meant that a large number of people needed to be vetted very quickly indeed and to an extent this is still going on today.

By the end of May, we realized that our workbenches in the UK, Ireland and Spain were all working at full capacity and most of the work seemed to be for companies scaling up to meet the challenge of COVID.

We’ve also seen lots of new customers come on board. Some may have come from our competitors and some have found themselves suddenly working in sectors that they never touched before.

For example, transport companies that found themselves without general haulage work replaced this with health sector work that required background checks.

All of the talk in June and July was around COVID and the response to it. Our workbenches remained full and our staff did a superb job of keeping on top of the workload. Once companies got to grips with the crisis and their response was in place attention turned back to the effects of Brexit.

We have seen a noticeable uptick in work on both sides of the Irish sea and from companies in Europe generally. Some of this is HM Government’s response to the increased need for staff and we have been working closely with the Home Office on this.
Some of the work is with companies that are relocating offices from the UK to Ireland in particular and for financial services businesses, Frankfurt.

Certainly, in the last month, the work on Brexit related recruitment has intensified and the feeling from our HR contacts is that this is set to continue until January at least.

It is clear that the full extent of the recruitment requirement to cope with Brexit is not yet known and we wonder what a no-deal scenario will bring in the world of background checking.

Recruitment and COVID – living with uncertainty

Probably the best description of the last couple of months is as a ‘wild ride’.

From an initial shock through an almost complete change of clientele to a return to Brexit we certainly have been through it. We’re not out of the woods yet and we are currently all craving a time where we can forget about the uncertainty around Brexit and COVID.
It hasn’t been all bad though. We’ve been able to use the time to beef up our ISO27001 compliance which is something that we
have been working on for a while. We have also looked at different ways of working for our staff including trialing things like a four
day working week and standard homeworking.

We have some new customers and we feel closer to our old customers as we have worked together to get through troubled times. We’ve also found out a lot about their homeschooling abilities!

We know that we’re not out of the woods yet and are expecting a few more twists and turns but with the help of our suppliers and loyal customers we’ve been able to come out of COVID in good shape and we’re looking forward to a time when the recruitment sector is a little more stable.